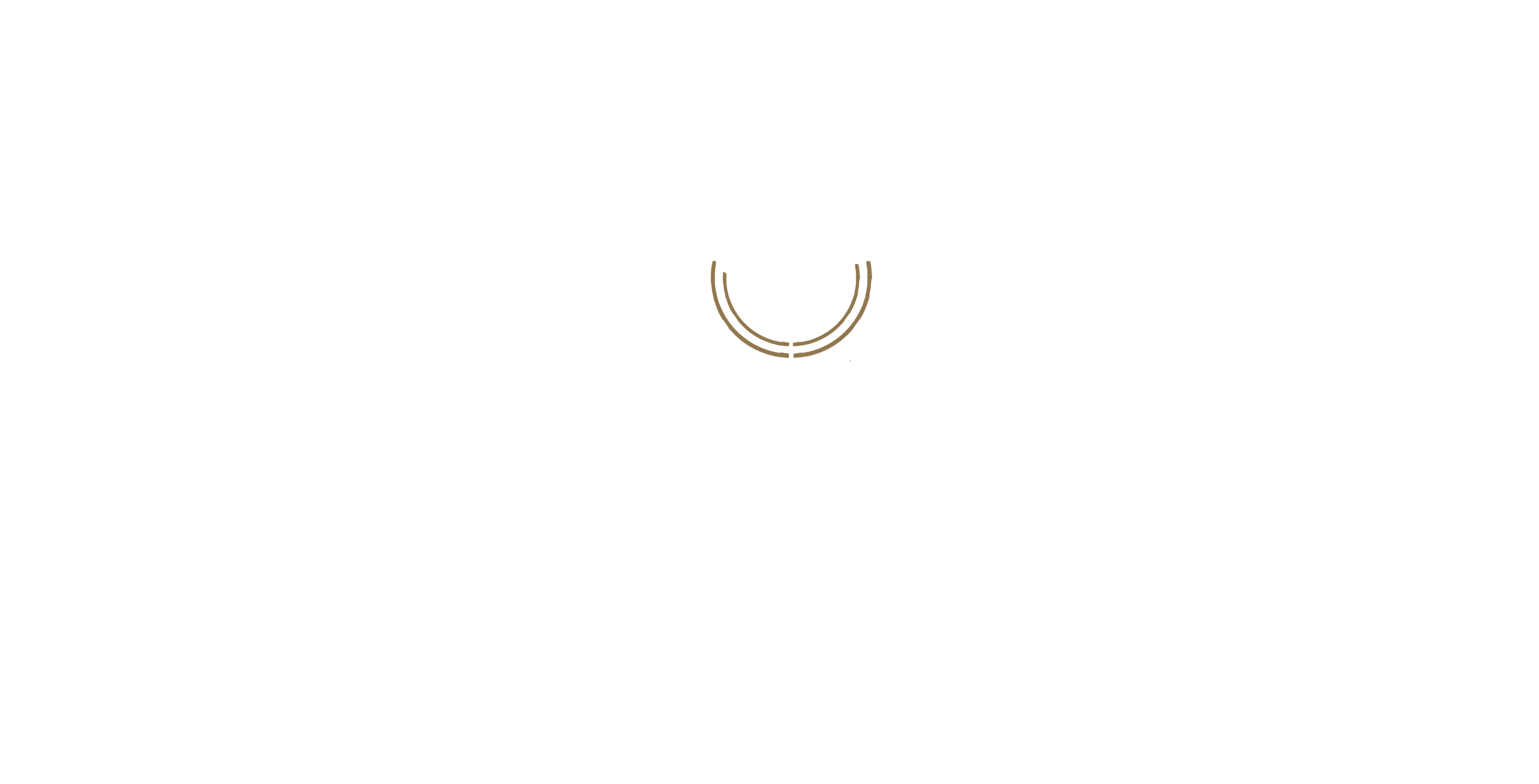 The journey of the two million wildebeest

The fight for survival in Africa.

The journey of the two million wildebeest, the main players in the Great Migration, begins in the Serengeti’s south, with the birth of half a million calves between January and March. The air is full of new life and action during these months, which is a favorite season for many of the seasoned Serengeti guides. On this page, you can learn everything there is to know about Africa’s most important wildlife event.

Wildebeest migrate for a variety of reasons.

The massive wildebeest herd’s 800-kilometer journey is the world’s largest mammal migration. During the wet season, the migration coincides with the greening of nutritious grasses on the short-grass plains. Because predators can easily be seen in these areas, they are a safe place for calving. However, as the plains dry up, the wildebeest are forced to migrate westward in search of greener pastures. The ecosystem’s northern extension receives the most rainfall, but the grasses are the least nutritious. This is the wildebeest’s dry-season retreat, at least until the south becomes green again. A clockwise movement from the south, west, north, and back to the south is the result. 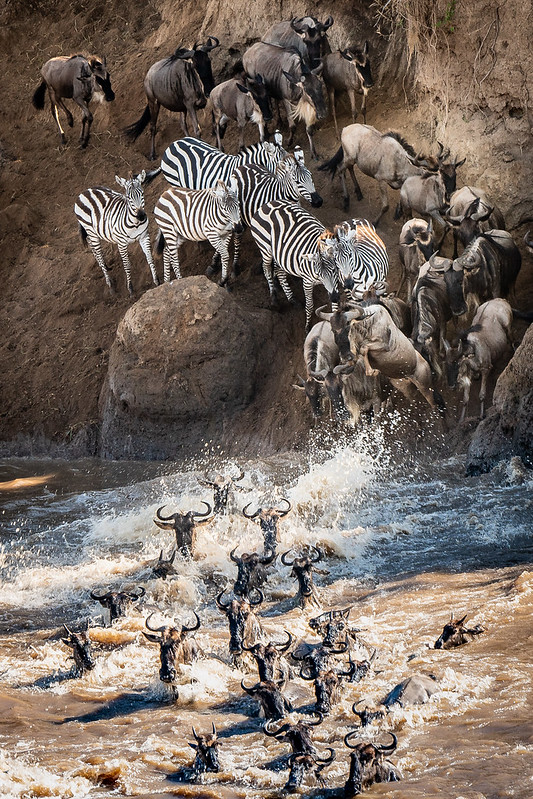 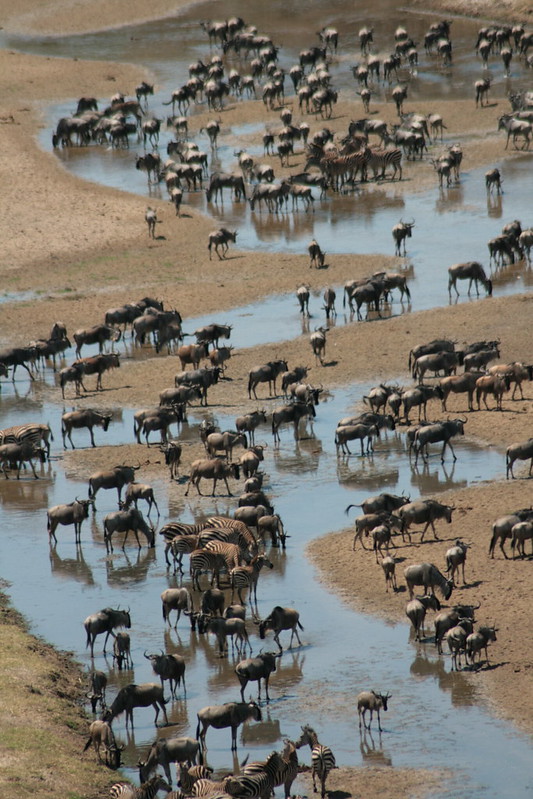 In brief, the Great Migration:

A more accurate depiction of the circle of life is unlikely to be found anywhere else on the planet. The journey begins when wildebeest calves are born in the southern Serengeti. A lot of new calves are born in just a few weeks, so predators like lions and hyenas keep an eye out for them. This makes for a feast for the eyes of true wildlife enthusiasts.

When the drought hits in May, the herd migrates north to Kenya’s Masai Mara, where they graze on the lush green grass, followed by gazelles and zebras. The journey is not without danger: crossing rivers means coming face to face with 3,000 crocodiles who are patiently waiting for a meal. Not to mention the world-famous Serengeti lion population, which is by far Africa’s largest. Despite the abundance of hoof meat in this area, life for these big cats is difficult in this harsh environment. On the other hand, a group of lions working together to hunt down a wildebeest is a sight to behold.

The migration then makes its way back into the Serengeti as the short rains begin in late October. By December, the herds have made their way through Seronera, a small town in the middle of the Serengeti where the official Serengeti Visitors’ Center is. They then head back to their calving grounds.

An in-depth look at the Great Migration

You’ll almost certainly want to include seeing the Great Migration in your Serengeti safari itinerary. So, how are you going to make sure you’re there when it happens? To cut a long story short, you can’t. It’s important to remember that choosing when to visit the Serengeti is always fraught with danger. Great Migration: This is what happens most of the time, but there are no guarantees.

There are two million zebra, Thomson’s gazelle, Grant’s gazelle and eland that migrate through Serengeti National Park every year. This is one of the world’s most spectacular wildlife migrations. The Serengeti migration has a fairly predictable pattern that is based on local rainfall patterns, even though it can change from year to year. The Great Migration cycle is divided into four phases:

The main calving grounds are in the Serengeti plains southeast of Seronera, stretching all the way to the Ndutu area near Ngorongoro. The short rains in November and December prompted their relocation to this area. The wildebeest remain in this area until the end of the long rains, usually around the end of April or the beginning of May. The good news is that this section of Serengeti National Park is easily accessible, and the landscape becomes lush during this time. The best time to visit the Ndutu area and the southeastern plains is during the calving season in February. Because there are so many wildebeest, zebra, and other ungulates, and they give birth to so many calves, the spectacle attracts predators. The herd may be on the move again as early as March or April in search of greener pastures. It’s more difficult to see the actual migration during this time, but there’s a good chance you’ll see large herds on the move.

From May to July

This is when the wildebeest start getting ready for their 800-kilometer journey. They eat short green grasses in the southeast Serengeti and give birth to their young. The start date could fall anywhere between late April and early June. This is the time to witness one of the world’s most spectacular natural phenomena: over a million marching animals in a 40-kilometer-long column. The herd will move towards the Western Corridor during the migration, where they will face their first major challenge: crossing the Grumeti River. Many animals perish during the crossing because the area’s population of oversized crocodiles is waiting to feast. Before crossing the river, the herd may congregate on the river’s southern bank and stay there for up to two weeks.

After crossing the Grumeti River, the herd heads north and begins crossing the next major obstacle, the Mara River, in July or August. So many iconic Great Migration photos have been taken at the Mara River crossing. Following this crossing, the herd migrates to Kenya’s northwest plains and the Masai Mara National Reserve. The months of August and September are considered the worst months to visit Serengeti National Park and see the Great Migration as the herd moves into Kenya’s Masai Mara. However, migration patterns show that approximately half of the herd remains in Tanzania, in the Mara Serengeti region. During this time, smaller herds of wildebeest (which we consider small; herds can number anywhere from 500 to thousands of individuals) cross the Mara River frequently and for no apparent reason. It’s a fantastic time to visit one of the Pamoja Serengeti Luxury Camps.

Crossing the Mara River in a northerly direction necessitates the herd crossing the river again at some point before beginning the trek back in a southerly direction. This usually occurs in October, but it can happen earlier. During this time, the herd will travel through the northern plains and the Lobo area. This part of the Serengeti National Park is less visited, so if you want to see the migration in peace, this is the place to go. In late November, the wildebeest return to the short-grass plains and calving grounds around Ndutu. The Great Migration begins all over again from here.

Get social with Pamoja Africa

Download a Brochure
Plan your stay
Keep me informed 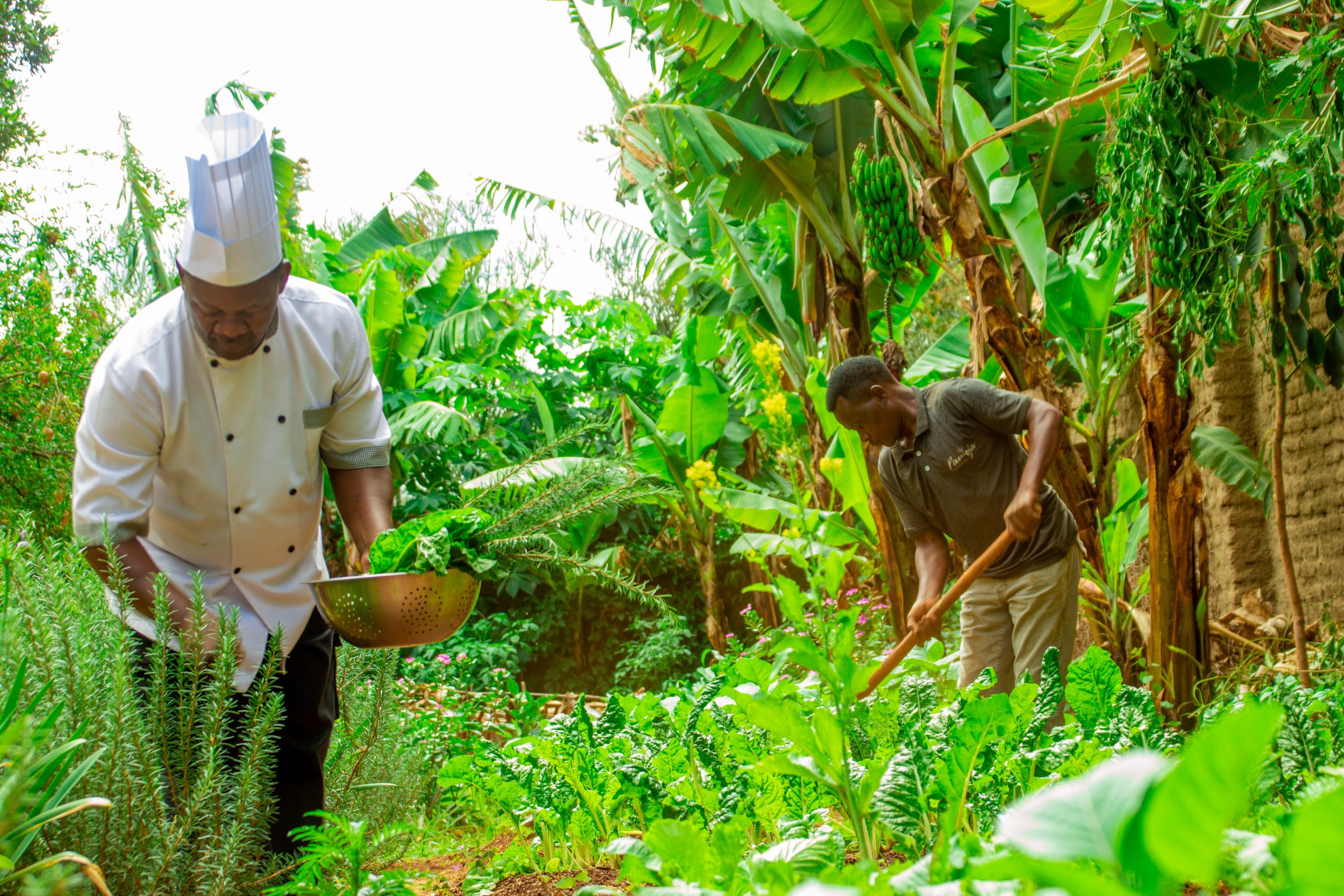 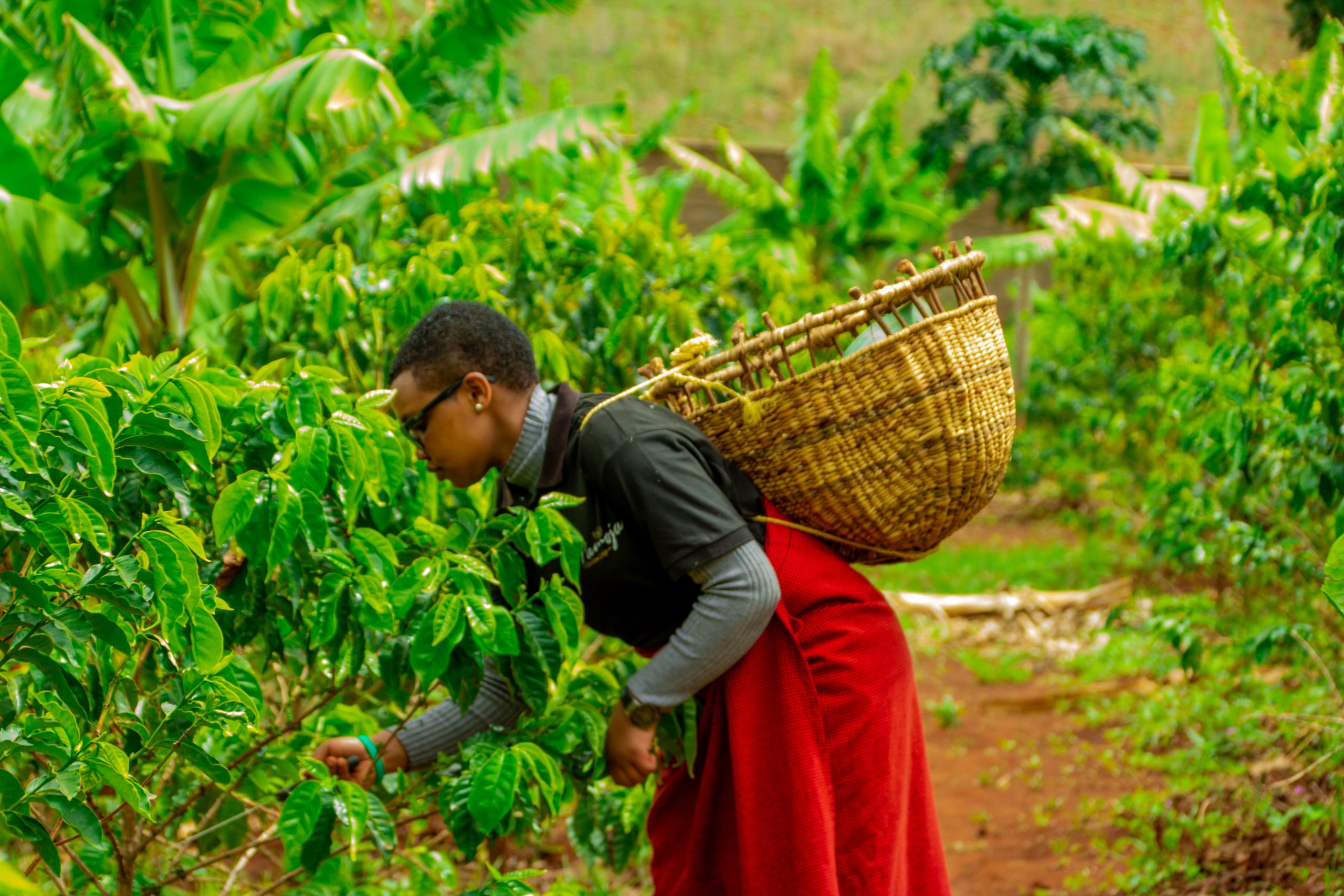 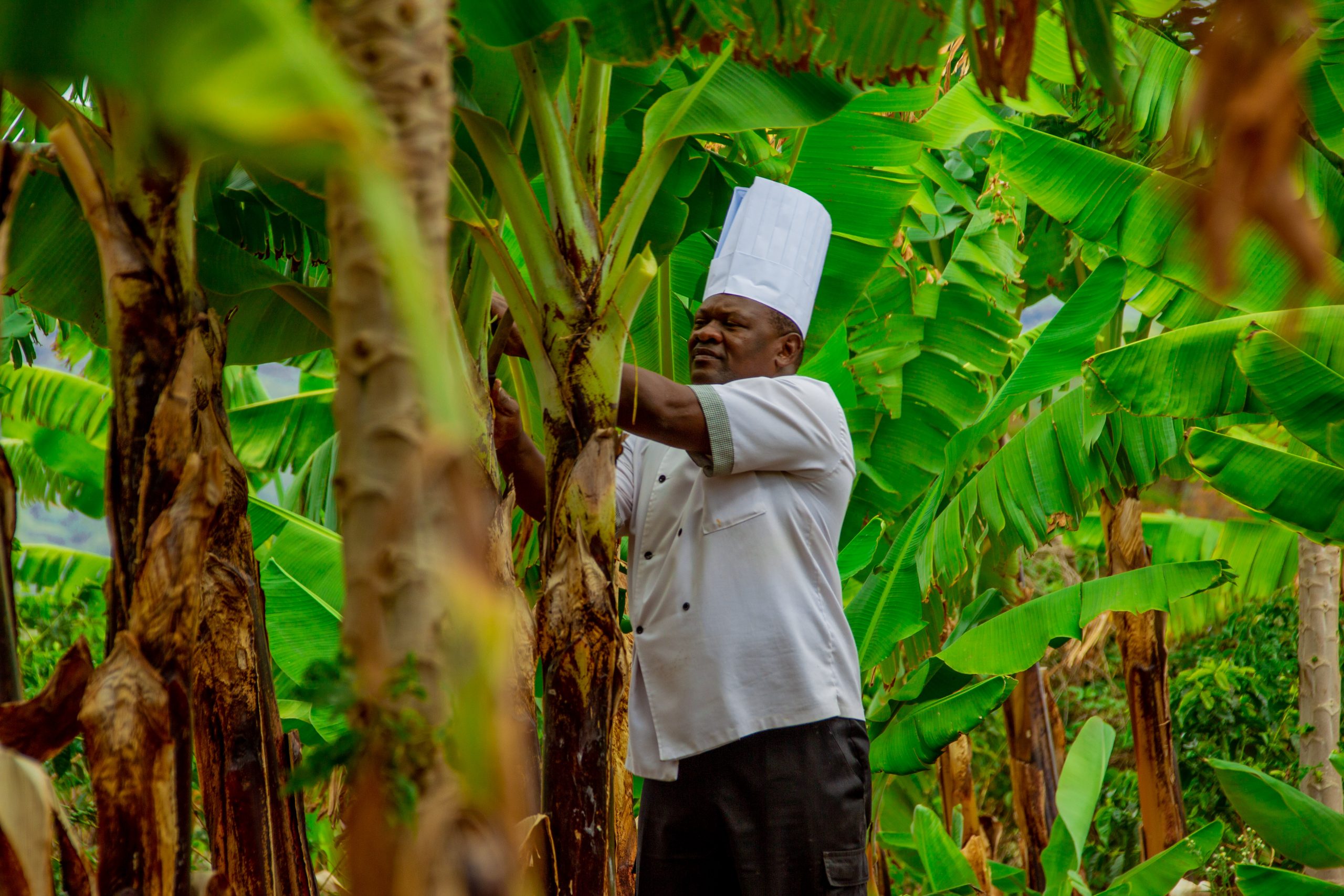 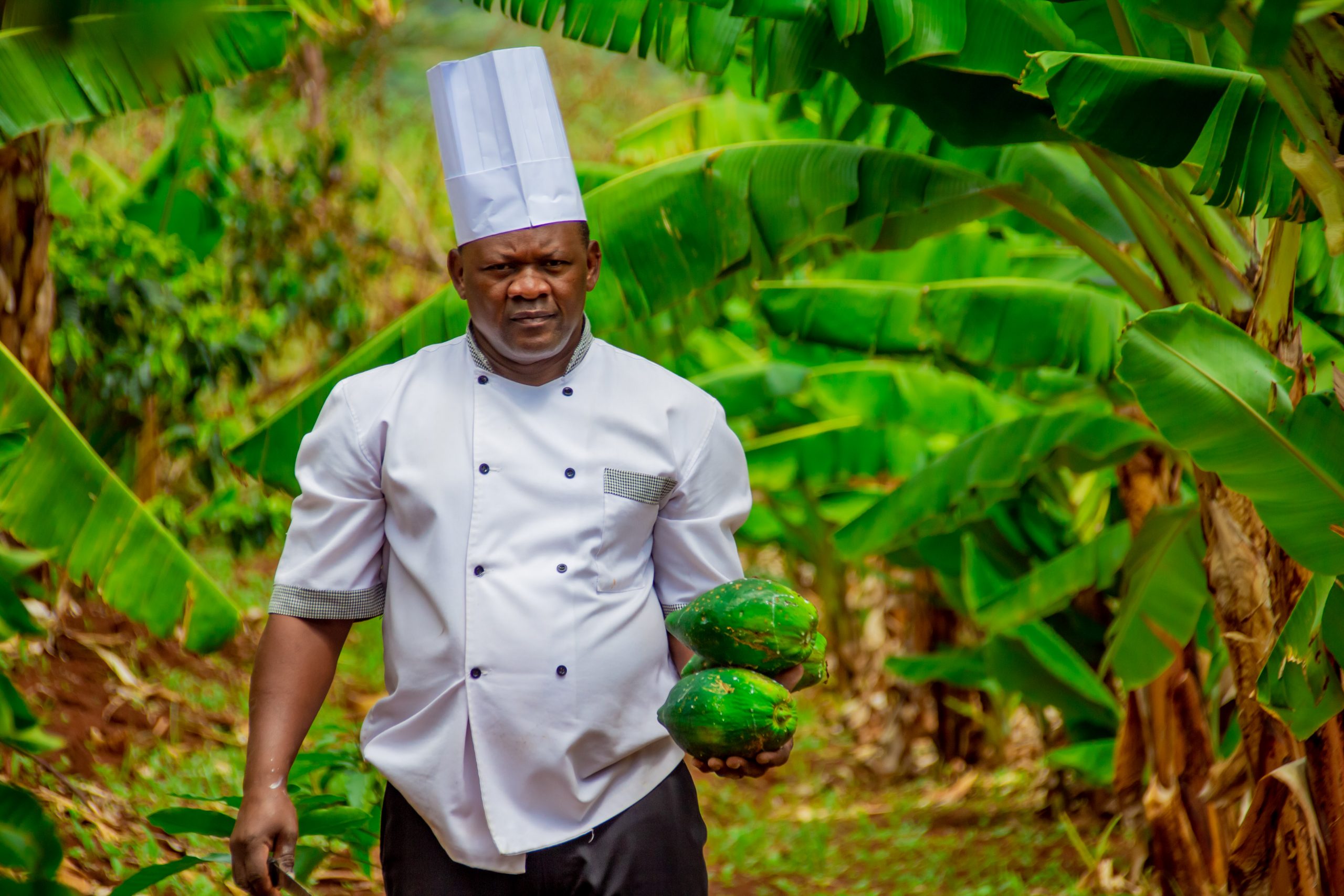 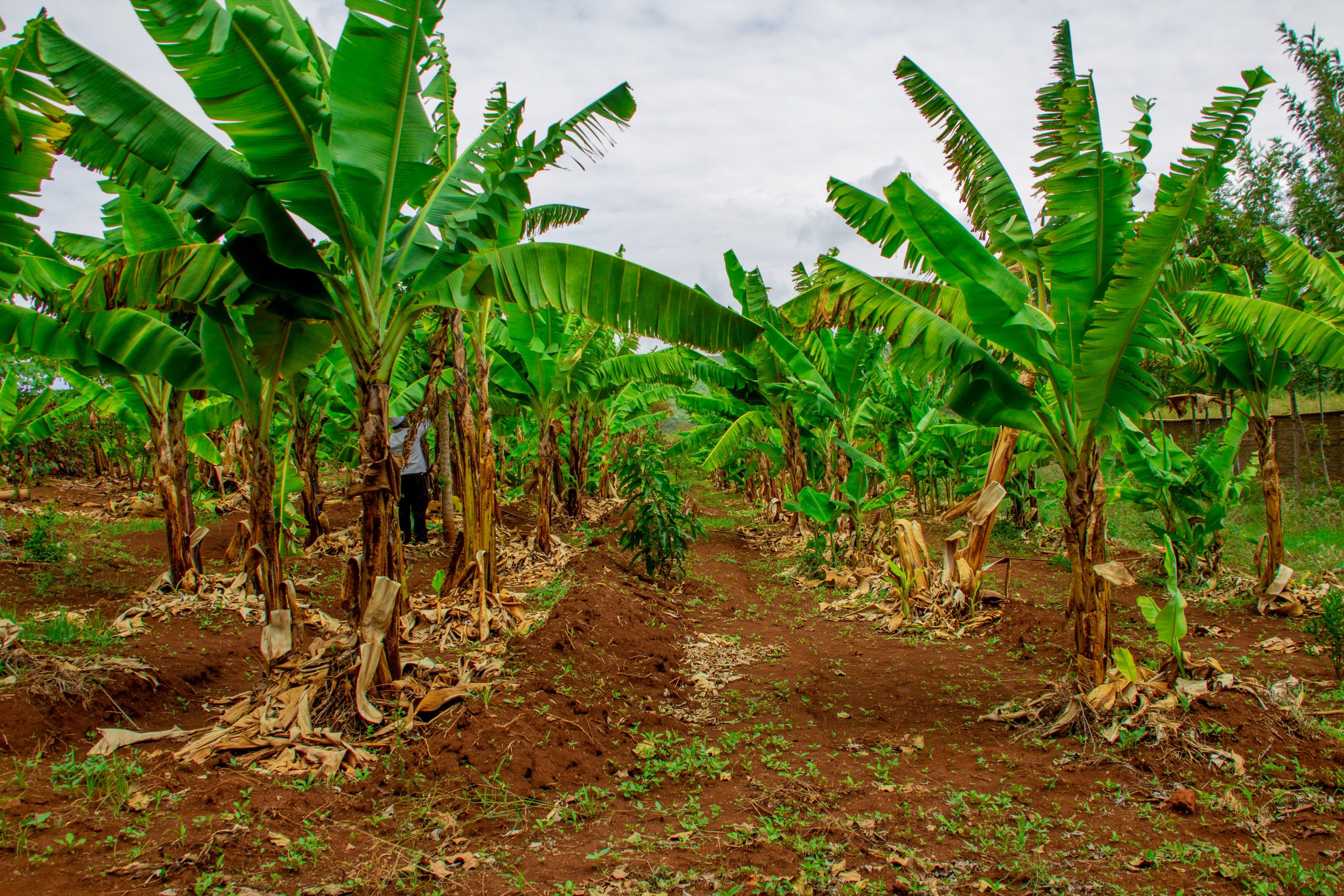